The making of a teacher... 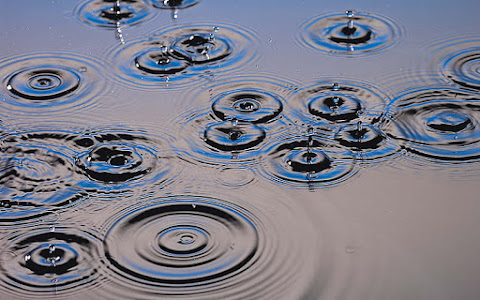 During the COVID19 crisis I've been doing a lot of thinking and reflecting... the gift of time has been nice if I'm being honest; a silver lining if you will amidst the chaos of what's happening right now. I'm one of those who have continued to go to school every day just for myself to keep that routine present in my life and so not to go stir crazy at home. Spring break has me at home today though, and for the rest of the week so I've become reacquainted with KARE Givers, (I hadn't written anything at this blog before last week since summer of 2016,) and some other things that I haven't done in a long time. I even participated in a Twitter chat last evening, something I haven't done in 8 or 9 years. It's been at least that long since this post has been sitting in my list of drafts.
I first told this story in front of an audience in 2006 to about one hundred teachers at the Central Alberta Teacher's Convention. A few years later I used it twice as an opening to a couple of lectures I gave at the University of Alberta. Later again I used this story as a narrative to open workshop sessions for the Alberta Teacher's Association Corps of Professional Instructors during professional development sessions I wrote and offered as an instructor.
In every case the theme of my presentation, lecture, and workshop was resiliency. The topic of resiliency is largely what KARE Givers is all about in one form or another, most of the posts within this blog have some reference to resiliency as a construct.
Probably as a result of all the thinking I've been doing about life and teaching, I've been brought back to my core and I'm finding myself looking for ground as I introspectively reflect on what brought me to this place in life where I feel like in some ways I know what I'm doing, but perhaps in others, I'm still trying to figure it out. At any rate here is where I am, and I guess I just feel like finally writing this narrative down. Maybe it will help me understand better where I need to go from here. 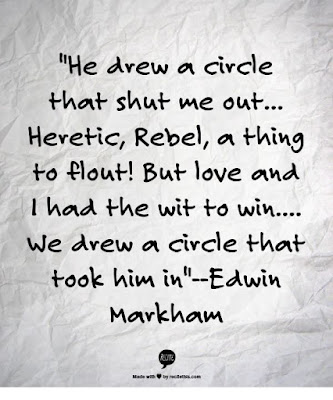 The boy's father was raised in an abusive family and suffered a great deal of hurt growing up. Sadly, but predicatably, he rebelled in his youth as a result of the pain he felt from pervasive mental and physical abuse. Nobody asked a lot of questions in rural southern Saskatchewan in the 1950’s. He began drinking alcohol and became an alcoholic at a very young age to the point where a 26 ounce bottle of rum wasn’t enough for him to feel drunk. He met the girl who was to be his wife at 27 years of age after a long period of adolescent and early adult self-destruction.
The couple eventually had three children; the young man I am telling you about was the first born, followed by a younger sister and brother. As the oldest, he saw many things that a young boy should not have to see, and he tried to protect his brother and sister as much as he could from the fear he felt every day. Drunken abuse of his mother left him with chattering teeth and a constant sense of hyper-vigilance for the safety of his mom. There were other women brought to the house, and also many friends to “party” with on any given day of the week. The young boy’s mom did the best she could to shelter him and his siblings from the violence, but it wasn’t easy. Sometimes she feared for her life and the lives of the children. Death threats happened occasionally.

Meanwhile as the boy grew, he was surrounded in a small town by a lot of people who may have known to some degree what was going on, but didn't feel it was their place to intervene. He and his siblings were involved in community sports, attended school regularly and did fairly well, all things considered. He felt like his mom was trying to maintain some sense of normalcy and routine for him and his siblings, but he also knew that something wasn't right. He remembered occasions when he felt calm and happy as isolated events that were pleasant to think about.

As time marched on, however, the boy became more depressingly aware of his parents as people with problems before he was born. It was a horrifying reality to realize. The problems they presented with existed long before he was ever born, but somehow he still felt guility and responsible for that. One day the topic of divorce came up at the dinner table. The boy sat listening for some time, and then he just started sobbing uncontrollably. He remembers this now as his first bonafied anxiety attack, but he didn't recognize that at the time, he was maybe 9 years old. It was also the first time he remembers having to objectify his parents. All of a sudden he saw them as people with their own problems as opposed to his subjective perception of them as his parents, the people who loved him and took care of him, no matter what that may have looked like. It’s a remarkable gift that young kids have in their ability to see their parents in only the most glowing image; they are sheltered by this phenomena in their early years.
Coming to the realization that his dad, and maybe even his mom were not healthy and often didn't act like what he believed parents should was very hard on the boy.

His grades began to slide and his behavior became a problem for the teachers at school. Office referrals and lost privileges became a weekly regularity. School personnel were perplexed about why his disposition had changed. The potential of this boy was in jeopardy, there was no doubt about it. Without an external source of support, he was going to fall through the cracks, and the cracks were getting wider every minute…

Flash forward to junior high school… the boy’s luck was about to slowly improve.
Som key teachers took the time to notice some things about the boy that others didn’t. He was smart, he was tough, and he was sensitive. They saw strengths in him that made them believe he had a chance to become something. They didn't let him get away with anything, and they took the time to build a trusting relationship with him, find out what was going on at home, and without passing judgment, began focusing on those strengths without allowing him any excuse for failure.

They were the beginning of what was to become a network of teachers who passed on the knowledge to each other year after year until they got him through high school. There were a few coaches along the way too who saw something in him that he didn’t even know he had, but it was primarily the teachers who got the job done. These remarkably dedicated individuals saw the potential in him and instead of passing him along blindly, they took the time to build him, to construct a person who eventually gained the skills to overcome his troubled upbringing and become something.

They did this by holding him accountable while also displaying a deep sense of regard and care. The junior high school English teacher who sent a poem he wrote to a Toronto publisher without him knowing she did that, and not showing him until it had been published in an anthology, the high school English teacher who encouraged him to go to journalism school in Ottawa, or the high school Social Studies teacher who told him his idea to solve the world's overpopulation challenges was brilliant... these people likely have no idea what they did for him every day just by their suggestion that he was capable. They held up an alternate mirror for him to gaze into to see possibility and hope.

They fostered the resiliency that was already present in him, but needed coaxing. They had faith in his abilities and exploited them by providing that proverbial alternate mirror for him to look into and see what he could become. They became his mentors, his extended family. They ensured that caring connections were maintained once he left their classroom. They were optimistic and spoke positively about his future. They “drew a circle that took him in.”

After a couple of hard years in the labor force working on oil rigs, this young man went to university and became a teacher, something that in his wildest dreams he never thought about becoming. The decision to do that came after an emotional conversation with his mom about how unhappy he was as a roughneck. She gave him a brilliant piece of advice that day, "find something you love to do and then find a way to make a living doing it." After much soul searching he came to the conclusion that although he didn't know if he'd love teaching, he know he loved some of his teachers, and if he could do for troubled kids what they did for him, then that would surely be something.

All these years later as he works today with the young people in his charge, he is ever aware of the possibility that kids from high risk environments may be sitting in the desks in front of him. He remembers what it was like to have at least one adult see something in him that others were blind to. He remembers to look for that something in all the kids he teaches, but especially those in crisis. He strives to be aware of the dangers that are inherent in these kid’s environments, and he looks for opportunities. He knows implicity that he must learn the story behind every kid's story if he is to even begin supporting the story that has yet to be written.

He is acutely aware that their futures may depend on it.

I think it's important to be aware that this narrative evolved over a period of time that lasted from birth to the end of university, but the story continues to be written. The details have been spared for the most part, but suffice to say that if ACES (adverse childhood experiences) had been part of the research vernacular back then, I would have blown the metrics out of the water with the number of them I experienced before my 18th birthday.  To that I say whatever, I'm more of a disciple of how positive childhood experiences can buffer kids and nurture resilience within them.
At a time when kids are dealing with yet another unanticipated and horrifying reality of life on earth, teachers all over the world, whether they like it or not need to understand that at any given point in time, whether online during the global pandemic or in-person following our return to school buildings and face to face interaction, a child might choose him or her to be the one who they trust with the story behind their story. To not be ready for that would be a morally reprehensible condition leaving a soul to continue searching for someone who is, and perhaps becoming one step closer to giving up looking.
Let's just be ready for when kids choose us to learn their stories so as not to take that risk.
It's the most important responsibility we have.
Posted by Sean at 6:39 PM