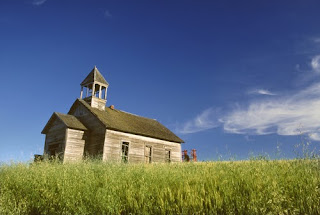 Education reform is a hot topic. The media is all over it. So many stories, editorials, features, columns and documentaries revolve around the "drop-out factories," as some urban schools are infamously referred to, and what kinds of educational leadership tactics can be put in place to reform these institutions and their practice. I've been wondering when all this talk is going to turn into something tangible that will actually reform the way we teach and learn.

Michael Josefowicz (@ToughLoveforX), one of the key idea-tappers at #ecosys (Twitter chat every Wednesday at 9:00 EST) and I have been discussing some radical improvement possibilities for the so-called drop out factories of large, urban centers in North America. Michael is from Brooklyn and knows a thing or two about urban issues, and I have a lot of respect for his point of view. We're using the term EduKare to describe a very new and different perspective toward teaching and learning in our most challenging urban environments.

Interested in reading more??
Posted by Sean at 2:05 PM 18 comments: