I don't believe in failure, only relative degrees of success. 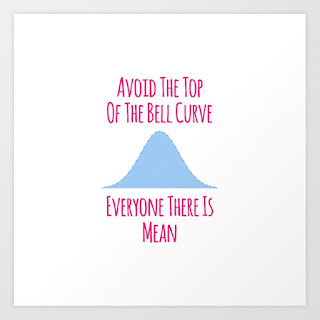 Despite what some may say, learning is defined in more than one context. The lessons we learn come in many shapes and forms, and I'm not sure I understand failing them. I suppose in a quantitative context, if we establish a benchmark standard, then technically everything that falls below this is a failure. Let's explore failure in the context of how it's typically defined in education...

In education, failure is often defined by number seven above... The fact of not reaching the required standard in an examination, test, course, etc... So we set standards for students to aspire to, and everything below that is a failure... but what if we defined failure in a system's context...
From Wikipedia-


Systems thinking is the process of understanding how things, regarded as systems, influence one another within a whole... systems thinking has been defined as an approach to problem solving, by viewing "problems" as parts of an overall system, rather than reacting to specific part, outcomes or events and potentially contributing to further development of unintended consequences. Systems thinking is not one thing but a set of habits or practices within a framework that is based on the belief that the component parts of a system can best be understood in the context of relationships with each other and with other systems, rather than in isolation. Systems thinking focuses on cyclical rather than linear cause and effect.

I am so intrigued by this concept. What if we were to think of students as systems unto themselves with many components (variables) who could best be understood in the context of relationships with each other and with other systems, rather than in isolation? What if we just thought of failure in a system's context as the act or an instance of failing; the first definition above? Could we then accept that failure doesn't have to have a negative connotation, nor does it have to be defended through some sort of rationalization... it would be just what it is- the act or instance of failing.

If we were to think of failure in this regard when a student fails it would be perceived as a breakdown somewhere in the system (student) that affected the students' overall ability to perform as expected. It would be assumed that some part of a relationship within the system (student) or in the way the student relates to another system (person, concept, teacher, content, schedule, organization, etc.) is malfunctioning, and as a result, support is required. Reflective analysis of how the system broke down would be the default reaction, then action could be taken to restore the system's interactions to purposeful and functional states designed to mitigate the failure.
I framed a model of action research in a different post here. The five R's, so to speak in this particular contextualization of effective research practice are: reflect; retool; recalibrate; and reframe. I assert that assessing relative degrees of success for students should be based on a similar heuristic for progress that is accomodating to "failure" as a necessary element to learning "success."
In a systems thinking model of assessment, reflection is looking back to empower learning forward. It's learning from mistakes by being honest about our process and willing to take a critical perspective. Re-tooling is the natural selection process in systems thinking; the ability after reflection to recognize that something isn't working, and then making new tools available to re-calibrate changes to systems that need to be changed. Re-framing is the process of creating an adjusted perception and context for systems representing the new responsive process that reflecting and re-tooling has resulted in. Re-focusing is the product of distributed leadership within the group/s otherwise known as the systems supporting the student; a willingness from all sides, (systems, including the student,) to embrace and value the new or adjusted systemic direction.
My five R's of systems thinking, (reflect, retool, recalibrate, reframe, refocus,) as in an action research context are responsive strategies that allow us to function as assessment researchers understanding that all is not lost if the organic nature of teaching and learning causes (as it nearly always does) a deviation from what may be considered the desired plan for student achievement. These deviations, (mistakes, failures, lagging skills, unresolved problems, misunderstandings, etc) are necessary aspects of learning, after all; if they weren't nobody would ever learn how to ride a bicycle.
As it happens sometimes, in the midst of writing this I literally stumbled upon a Twitter chat hosted at @tg2chat . Mark Sonneman, an old friend was involved and I decided to participate after a long hiatus from Twitter chats. It was interesting and coincidental that what I'm talking about here in this blog can be very effectively applied in principle to the topic of #tg2chat last night, going gradeless with teacher evaluations.
Assessing teacher growth, as it is with assessing student growth is often and disturbingly aligned with the definition of failure #7 above, the fact of not reaching the required standard in an examination, test, course, etc, but also #3, non-performance of something desired or expected. Mark astutely pointed out that...

Because they place value on process instead of on people. Simple. It is about ticking off enough look-fors to be successful. It isn’t really about improvement; it is about accountability. Stressful for administrators and for teachers. #tg2chat

I couldn't agree more. I started my stream of thought during the chat with a comment about pre-teacher preparation programs and the indoctrination, (or perhaps continuation following the K-12 modus operandi,) of high stakes evaluation measures, and began my participation in the chat with this...

I think we need to go further back to teacher prep in the pre-service context. Too much emphasis on what the "standard" is and not enough constructive practical experience #tg2chat https://t.co/R5ac51XoYA 1/2

2/2 We're churning out teachers who are bound only by standards as opposed to standards refined through authentic learned experiences from within an actual learning institution... a 9-week practicum isn't enough #tg2chat