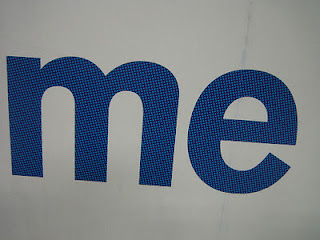 I am a phenomenological post-modernist.

A what? Who am I to be using such big words? Well, I am a phenomenological post-modernist... let me explain.

I am a person; myself. My perspective is the sum total of my experiences. Others are people; themselves. Together we all have experiences as we interact with each other and the world around us... the phenomena we are exposed to and that affect us. We are all in the world... the lenses I look through are shaped by this very complex and dynamic reality... this is my phenomenological perspective.

I understand that I am unarguably affected by my experiences; phenomena I've encountered altering the lenses I look through. I have dealt with adversity. I am a resilient person. Many times I have had support helping me see the intermediary position... the one that helped to dilute my polarized view. I know that the truth usually tends toward the middle.

The big words I use to describe my perspective are real to me. I think about them a lot. People give me a hard time about using big words, but I have earned the right to use them.

Who and what are you?

"I believe in the pursuit of excellence; we can ask for nothing
more than the individual’s greatest effort." 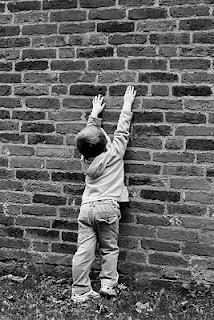 I believe that excellence in a finite state is not excellence. Once we believe there is no further direction toward an improved state, we have become less than excellent.

In the special education environment I used to teach within, the benchmark for "excellence" was 80% of a goal achieved. Goals marked at 80% achieved would be replaced with a new goal. I always wondered what happened to pursuing the other 20%... and then I started to wonder if 100% was even good enough to be considered excellent. What if we simply stated that we will pursue measurable improvements to all goals, (whatever they may be,) understanding that they will never be mastered, but perhaps that the degree of focus on particular goals will change according to individual circumstances? This to me would be the unending pursuit of excellence.

Can we really every ask for anything more than the individual's greatest effort?