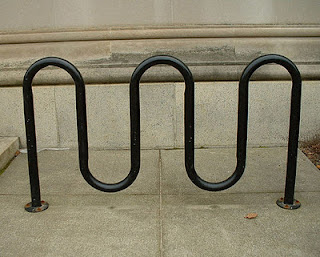 Students don't often fit very well into the assessment categories we have established. They develop at their own pace, reach milestones on their terms and hold a perspective that is theirs alone and impossible for us to decipher, yet when we are pressed to evaluate their progress, we do so in comparison to benchmark standards that we as educators have subjectively designated.

When educators prescribe standards of achievement that target a classic Gaussian Probability Distribution, or bell curve outcome, we are essentially rejecting the quantum possibilities that originate within the standard deviations that fall outside the curve.

Virtually any black swan event in history that I'm aware of originated outside the curve, so to speak. Genuinely earth shattering ideas don't often originate somewhere in the mean.

Perhaps in our quest for ultimate control over student outcomes, we have actually lost control... that is, any amount that may have been within our grasp in the realm of learning and its infinite possibilities.
Posted by Sean at 8:35 AM No comments: 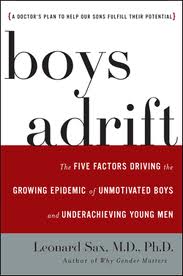 The original post here was published on January 19, 2010. Much has changed since that day regarding the way we perceive gender and how that impacts people in schools. I have updated the post, and invite any and all feedback...
Today as I sat listening to Dr. Leonard Sax, author of "Why Gender Matters" and "Boys Adrift," I found myself reflecting on the issue of gender equality in schools. I struggle to understand what the term 'gender equity' should mean to education; what are the pedagogical implications of this term? Is our goal to preserve an educational environment that produces equal proportions of academically successful boys and girls, or should we be targeting an educational environment that promotes optimal academic performance of both boys and girls in a gender specific context without worrying so much which gender is 'in the lead'?

*Today, January 17, 2022 roughly 12 years after this post was written, much has changed in how we perceive and approach gender issues in schools. Gender equity now includes a myriad of gender identities beyond the gender binary perspective we were relatively locked into back then. Regarding "equity" in schools, we are now responsible to recognize and ensure all people are represented with a requisite and consistent degree of respect and acceptance.
It's not a mystery that boys and girls are different. Gender differences are obviously very prominent within the human race. Generally speaking, boys and girls think, speak and act differently... in my opinion this is a reality worthy of celebration. A diverse environment that combines both the male and female perspectives seems to me to be one that would lead to some really good creative and integrative thinking. In the education system however, I'm not sure that we celebrate gender differences.
*We certainly did not; not even when we basically recognized gender binary as the only norm. Today we recognize that there are multiple representations of gender among the people we share our time and space with in schools every day.

The pull toward the mean in education is an omnipresent reality. This  principle seems to overshadow how we look at the achievement of boys and girls exclusive of each other; we judge them both by the same criteria... we target an achievement curve based on a curriculum that doesn't delineate between the achievement of boys compared to girls; we teach and judge boys and girls on the same criteria. I think we may be doing a disservice to both as a result. What if educators were to know more about how boys and girls learn differently, and understand that because of this, they also need to be assessed differently? Would this new awareness lead to improved practise and more vibrant teaching?
*Updating my perspective on the above, I believe that people learn differently... no matter what they identify as, no matter what their pronouns are, all need to be understood on their terms so we can work most effectively in support of their learning needs.