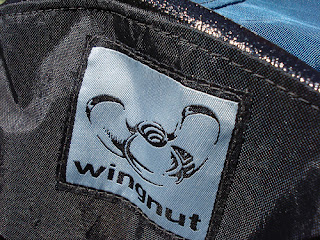 The first thirteen years of my teaching career were spent teaching in what are commonly referred to as alternative school environments. I worked for six years in First Nations schools in northern Alberta, and then within the Red Deer Public School District's Alternative School Programs. I learned more than I could imagine about life and learning during every one of those years. I formed a phenomenological perspective that allowed me to see students in a different light, and apply supports that extended beyond teaching. The reality was these kids needed to come to terms with the other stuff in their lives before any learning was going to occur in the traditional school sense.Helping our students come to terms with the other stuff was the essence of the alternative approach to teaching that my colleagues and I practiced. We affectionately referred to ourselves as  the "Alternatives."

A former colleague, Kevin Hanrahan explained the alternative philosophy rather eloquently one day before giving all of us a wing-nut to string on our key-chains as a lasting reminder of who we were. He said being alternative is like a wing-nut. A regular nut locks into place and doesn't move; it's rigid and permanent. A wing-nut on the other hand, is designed to easily be moved; adjusted according to the tension required for any particular job. I still have that wing-nut on my key-chain. That's the alternative way.

I came across an excellent example of alternative philosophy at Larry Cuban's blog, Larry Cuban on School Reform and Classroom Practice. In his post, Narrow Thinking About Health and Schools, Larry introduced me to Dr. Jack Geiger. In 1965 Dr. Geiger prescribed food for hungry kids in the Mississippi Delta understanding that hunger trumps the desire to gain knowledge. He also founded one of the first federally funded community health centers in the United States. Clearly a man who understood that social determinants play an overwhelming role in whether kids learn successfully or not. He got it. He was alternative.

In this excellent post by Liz Dwyer at the GOOD EDUCATION blog, she mentions Sir Ken Robinson's belief that,


change begins at the classroom level. Every teacher has the ability to take the time to build relationships with students, make her classroom an engaging environment, and connect students with real world opportunities in local creative industries and higher education.

This is so close to the entire point that education reform does not need to cost billions; it does not require a silver bullet resource or teaching strategy de jour and it certainly does not require copious amounts of expensive, traditional professional development to ensure we're all on the same page. As Liz Dwyer so honestly and simply states, what ed reform really needs is for Alternative Education to go mainstream. Simply brilliant, and brilliantly simple.

Back in the day when I was teaching with the Alternatives, we used to get asked to explain our strategies and processes during various seminars and workshops. A humble group of educators that we were, we really weren't interested in talking about what we did, but we were very interested in providing opportunities for our students to explain how they benefited from how we did it. I wish I would have filmed even one of those sessions. Our students were honest, and they were real. They took the opportunity to tell the audience what they could do if ever they came across a student like themselves. It wasn't complicated. They told their audience of teachers to listen to their students, especially the ones that were giving them a hard time. They told their audience of teachers that really hurting kids with few or no supports anywhere else who have been let down by so many adults in their lives often give their teachers a really hard time because they want to know which ones can take it. It's a test; a test to find out which ones will still be there for them tomorrow, like a loving family member would be no matter what bad thing had happened. They're looking for the Alternatives.

Our students, every single one of them having been removed from their previous mainstream school environments, told brutally real and visceral stories of how they felt in those mainstream environments, and more importantly how things had changed for them since becoming "alternative." Within minutes, and during every single session we did, tears were flowing among the audience of teachers, some of who had taught our kids prior to their alternative placements. Our kids told their stories, and we listened to them, and that was all it really took to get from here to there with them... they simply needed someone to truly listen to them without bias; without judgment, and without advice. Their learning paths were theirs alone. It wasn't for us to steer them in any particular direction. Our job was to hold their hands as they traveled their chosen paths. When they took a wrong turn we held their hands even tighter. When they took a right turn, we let go just a little. Over time for so many, we let go completely, but we always made sure they knew we were there for them if they needed us, and we made sure to also lend our support to those teachers who would hold our students' hands after they left us.

So there it is. The simplest form of education reform is the authentic caring that comes from a teacher who knows how massive her impact can be within the realm of one classroom, in one school, in one community; a teacher who gets it. A sphere of positive influence grows through simple acts of caring, unconditional support, and acceptance from teachers who know this. Kids have this remarkable ability to flesh out what teachers know.

If you want to be ready when a student chooses you for the test, why don't you try being one of the Alternatives?
Posted by Sean at 10:59 PM 2 comments: 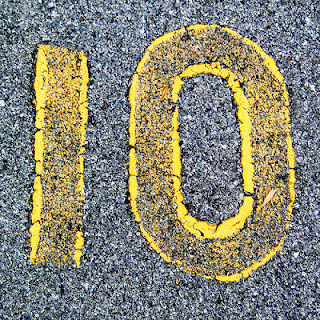 ... and the tools we need to travel them.

Wyle E. Coyote knew that kits could help him catch that roadrunner, but the kit alone wasn't enough. He also needed a path. What's the difference? I will say simply that kits are the tools that help us down the path. Wiley didn't have a well-thought out plan; no philosophical foundation to follow when hunting roadrunners, so the tools in his ACME kits were ineffective. Paths and tools to help navigate them need to synchronize if either is to be effective.


For some time now, a global group of excellent thinkers have been vetting a path for EduKare; a philosophical concept designed to improve schools making them better, faster and less costly within their local teaching and learning environments. We are joined in our thought circles weekly by others who are on very similar paths, but who perhaps are using different kits to effect good change in education. I think it's a good idea to share our toolkits so the path to improving teaching and learning environments can be made even more efficient.


My Twitter pal Michael Josefowicz, who tweets as @toughLoveforx, is one of the very best tweeters on all things education.   He asked me recently about where I thought education reform needed to begin and last night I tweeted 10 for starters . . . but there are so many more.   Please add more ideas and tweet them.   The other person in this Twitter feed is @graingered (Sean Grainger) who I also know only from his Twitter feed.   Follow all these good folks:  #GoodEd

This is as succinct a list as I have seen relative to 10 very relevant education paths to consider. I think dialog around the specific tools to help us get down these paths is warranted, so I've contextualized an EduKare kit in response to Cathy's list (see list below each point):

Interested in reading more??
Posted by Sean at 2:25 PM 6 comments: