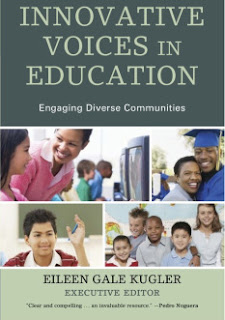 I  am so excited to know that Innovative Voices in Education- Engaging Diverse Communities will be in print very soon. To be sure, contributing to this book as an author has been one of the most thought provoking projects I have ever collaborated on, and I am exceedingly impressed by the depth and value of its messages. Seventeen authors from all over the place wrote each of the book's seventeen chapters; each from their own unique and insightful perspectives.

Eileen Kugler, our executive editor, is from Washington, DC. Eileen is an internationally recognized advocate of the unique benefits that diversity brings schools, communities and workplaces. Eileen’s award-winning first book, Debunking the Middle-Class Myth: Why diverse schools are good for all kids, inspires honest dialogue and sincere reflection among all who read it.

Interested in reading more??
Posted by Sean at 9:45 PM No comments:

Fear and Opportunity- turning the table on bullies 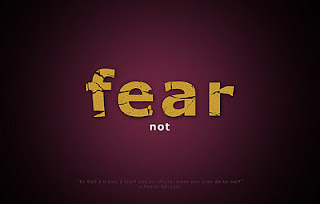 Fear and opportunity... we generally place a negative or defeating connotation on the word "fear." What if fear were a useful element. Perhaps it can be.

A recent conversation between fellow Nemeticists, Daniel Durrant (@ddrrnt), Michael Josefowicz (@ToughLoveForX) and I, led us to question the presence and value of fear in a complex adaptive system that is a school. Fear is rampant in education: fear of failure; fear of consequence; fear of authority; fear of bullying... fear in every case manifested as anxiety and stress. But what of a potential lack of fear... would this be a better state? Let's glare at the issue of bullying for sake of argument. Daniel made a profound statement worth analyzing...

I know there is no shortage of people who will say this is an unfair and imbalanced trade-off, but I disagree. Every element of a complex adaptive system is engaged in the system in one way or another- that's what makes the system complex... but it's the manner in which these elements (let's just say people) adapt that ultimately determines the sustainability of the system. Fear is a biological condition with a purpose- when exposed to it we make a choice to fight or flee. Either way, the choice we make will determine the quantum direction our action will send us. Both decisions put us in motion. Robert Sylwester describes the reflexive and reflective properties of this process as related as in they're both triggered by fear... fear of imminent threat to survival, and fear of what is unknown, but not an imminent threat. In both contexts, it's up to individuals to react as appropriately as possible to mitigate the fear.

Interested in reading more??
Posted by Sean at 10:27 PM 2 comments: