Get out of the box! 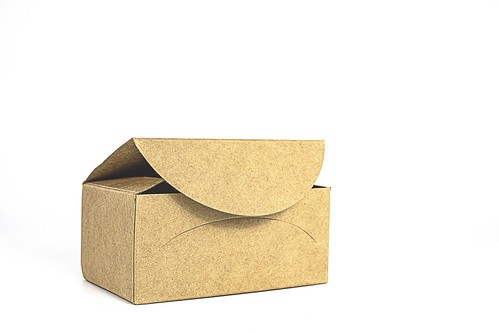 I read "Leadership and Self-Deception, Getting Outside of the Box" several years ago in graduate school and was delighted at the premise it supposed. An editorial note for the book states,

The "disease" of self-deception (acting in ways contrary to what one knows is right) underlies all leadership problems in today's organizations, according to the premise of this work. However well-intentioned they may be, leaders who deceive themselves always end up undermining their own performance. This straightforward book explains how leaders can discover their own self-deceptions and learn how to escape destructive patterns. The authors demonstrate that breaking out of these patterns leads to improved teamwork, commitment, trust, communication, motivation, and leadership.

When I read the book, my mind went to the idea of relativism. Relativism can indicate that anything is righteous and good, as long as we simply say so after creating some form of rationalization for believing so. As a form of existentialism, a relativistic perspective in leadership often translates as the leader making decisions based on a compromised set of values and beliefs. Leadership relativism is particularly damaging simply because leaders lead... and those who follow will undoubtedly be affected by all decisions of the leader; good or bad. Existentialism is the opponent of an organizational values-driven decision-making paradigm.
ex·is·ten·tial·ism
Learn to pronounce
noun
The existential principle that people should have unilateral control over their choices and actions has become a troubling contemporary issue in society. On the surface the belief that society should not restrict an individual's life or actions owing to the tenet that these restrictions inhibit free will and the development of that person's potential can be perceived as a positive concept. Who wouldn't want to have total control over the feelings, actions, and words one chooses to share with the world?
However, herein lies the problem.
Let's start with feelings, and I'll include perceptions, beliefs, values, principles, etc. for the sake of the point. There is no ethical way to control and restrict what people think and feel. Fair enough. I'm quite certain that the vast majority of human beings wouldn't want to try. When one's feelings turn into words, and then actions, this is when it starts to get rather dodgy.
In a free, and democratic society, citizens are afforded the right to think whatever they want without much fanfare. They're entitled to the privilege of their own private logic. According to Adler, private logic is the condition in our minds where we form perceptions of ourselves, other people, the world around us, and then ultimately the sum of these perceptions form our generalized attitude toward our own individual existence; where we fit into things, or not. Juxtapositioned with private logic, according to Adler is the principle of common sense. From betterhelp.com, Understanding The Basic Principles Of Classical Adlerian Psychology by, Jacqueline Samaroo

Common sense is an attribute of the community. It is consensual and serves the good of the entire community. One aim of therapy based on Adlerian psychology is to help the individual adopt more of a common-sense approach to how they relate to others instead of one which is self-centered.

Alas, if existentialism is your thing, you run the risk of deviating from common sense as defined by the group, whatever that group may be defined as, but in this case, I'll just replace the word group with society. In a democratic society, there are rules and restrictions designed to keep us safe, purposeful, and productive in the common good. So what if my existentialist friend's private logic doesn't fit the construct of the common good, and his feelings become words and actions that contradict it?

Words and actions have consequences. Existentialism, and its political cousin, neoliberalism, are perspectives that often deviate from the common good. I don't believe that the presence of so-called free will in contemporary society was ever meant to contravene the principle of the common good. If you believe as I do that everyone has a leadership role to play, no matter whether an official title or position is held, then we're sliding down a very slippery slope with our collective self-deceptions about the not-so-common-good things that are happening lately in alarming frequency.

All too often we see leaders across the spectrum of government, the corporate giants, and other organizations big and small taking a relativist approach to their leadership as a result of their personal self-deception. We see leaders in all shapes and sizes resigning to their self-deceptions. Ironically, when individuals who don't even think of themselves as leaders act on their self-deceptions, they all too often become a de facto leader to others who may share their version of private logic. If enough like-minded followers gather, then we get a group and they begin to feel the strength in numbers which bolsters their relativist views. Teachers, as leaders, need to be ever-mindful of their private logic and how it impacts the young minds they have so much influence over.

I also believe that the common good is mostly a derivative of common sense. Perhaps it's time for every one of us to reflect on our role as a leader by finishing the following four statements.

I don't know if doing so will prevent the radical, existentialist, relativist thinking of some, but that's why we have those checks and balances. I do believe, however, that the moderates who have been influenced by the vocal minority of radical thinking relativists may give their words and actions a second thought. That's my hopeful perspective.

I have to believe that the vast majority of people in the world, albeit entitled to think whatever they want also understand that there are some thoughts and feelings we just don't act on.

As my friend, Paul and I were commenting via Twitter recently,

Believing that most people are mostly good most of the time has always been the outlook that helps me walk out the door and into the world every day.

You won't be disappointed if you pick up the new edition (2018) of Leadership and Self Deception- Getting Out of the Box. We need folks to be thinking differently during these stressful times we're living in, and we need everyone to give some thought regarding how their private logic is contributing to the common, or not-so-common good.