Too much social, not enough media...

OK, I've been thinking about the value of online collaboration lately. For the record, I really, really like #edchat. In fact I am fond of chiming in at a number of Twitter-based online collaborations... #ecosys, #ptchat, #gtchat and more. I appreciate the professional value of these online networks relative to sharing ideas and furthering the improvement of anything to do with teaching and learning... but, there is an issue.
I've been using Twitter to build my cyber-PLN (personal learning network) since late last November, and I'm beginning to notice that occasionally the conversation surrounding teaching and learning becomes imbalanced; too much social and not enough media in social media. Let me explain the context...

'Social' for the purpose of relaying my point of view here will mean, "of the group." 'Media' in kind, will mean, "a means of communication." It's my impression at times when involved in Twitter chats that some people participate more for the social element of it than the media element; primarily to be part of the group. Don't get me wrong; there's nothing inherently damaging about socializing, but when the social environment and the seemingly overwhelming need for some to preserve it, hinders open and honest dialog about the issues being addressed, this means the scales have tipped to create an imbalance between socializing and communicating professionally. I see an increasingly prevalent level of groupthink out there in Twitterland, and it's bothering me a bit. Like Professional Learning Communities (PLC's... we love our acronyms don't we...) my understanding is that the most prominent element of a PLN needs to be learning. If learning isn't happening as the major element of our professional social media interaction, then it's just socializing; again, not inherently bad, but also not productive with regard to becoming a better teacher and learner. 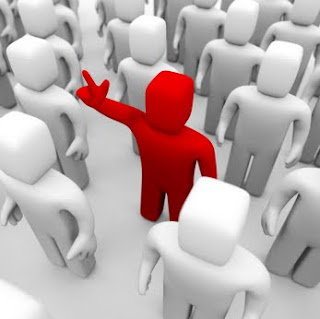 I don't go to professional chats to socialize per se... I go to learn- that's the essence of professional development; the reason I think we all participate via Twitter in the first place- to develop ourselves professionally. Its like those who call going out for a refreshment with coworkers on a Friday after work "team-building"- this is fun for most, and I would even submit that you may get to know your co-workers better as a result, but in the context of team-building, there is no benefit... the function of the team is not strengthened by this activity, hence it's not team-building. If I'm going to involve myself in professional conversation using Twitter (and the group chats that occur there) as my conduit, then I am professionally responsible to do this intellectually and with purpose beyond simply belonging to a group of like-minded people. I love the original version of "Twelve Angry Men"... Henry Fonda's character, Mr. Davis is the only juror in a capital murder case to cast a not-guilty vote for the accused, and he sticks to his guns despite the intense groupthink efforts of the rest of the jury to sway him... a remarkable film broaching human nature in such a visceral way- highly recommended. We all need to be reminded of the Mr. Davis' of the world, and when we're feeling the peer pressure of any group to conform at the expense of our core beliefs just so we can continue to belong in that group, we need to step back and remember our responsibility to be true to ourselves, even if that means disagreeing with the direction the group is pulling us in. We need to think independently first if we are to make a meaningful contribution to any group.

As professionals who use Twitter as a conduit for collaborative idea jamming, we must avoid groupthink. I don't have to agree with you, and you don't have to agree with me... I prefer conversations where agreement is a distant possibility because its dissonance that stretches people's thoughts, not conformity. Through the process of hashing about our theses and antithesis toward that distant possibility called synthesis, we grow ideas; we formulate potential and truly evolve understanding. Many profess to appreciate having their ideas stretched until someone disagrees with them; then their true nature is revealed through defensive lashing out at the contradictory person. We have to get past this tendency to take things personally and strive for a default position that takes an objective point of view toward dissonance; one that posits conceptual growth... the evolution of ideas is impossible without contradiction. Blindly accepting the ideas of any group/cohort/ movement/etc... is a recipe for stagnating ideology... dead-end thinking.

Teachers, lets act objectively and responsibly toward the sharing of ideas and professional collaboration. We can't grow our status as leaders of thought otherwise... we have to be true intellectuals; people who invite contradiction as challenge leading to deeper and fuller understanding... aka knowledge.