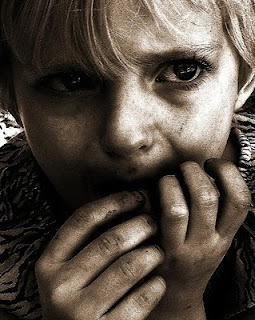 It's been a while since I started blogging, and today another person asked me why I call my blog 'KARE Givers' ... I thought I should explain the origin of this acronym (no, it's not a misspelling.)

Before my one-year counseling career last year and first administrative appointment this year, I spent fourteen years teaching and learning with some most worthy, but very damaged children. The literature said these kids were "at-risk", but I never accepted that. To say the kids I taught back then were at-risk seemed to unfairly place the responsibility for being that way on them, and I didn't agree this should be the case. After some years of deep thought on the issue, I developed a perspective that these kids were not at-risk, as the literature suggested, but that they came from at-risk environments, a slight, but critical distinction... hence the acronym KARE- Kids from At-Risk Environments.

As our epiphany evolved through our working experiences and our research, my colleagues and I began to focus on student strengths as opposed to their weaknesses, and before long our optimist's lens allowed us to see what we believed... that under their tough outer shells of defensiveness, anxiety and angst, these kids were worthy, competent and caring young people who just happened to arrive at our door dealing with a litany of emotional and behavioral problems, and each case was totally different with the exception of one element... to a student, they all arrived from a place that did not serve their needs effectively; an at-risk environment. In every single case there was an environmental dynamic in the child's life outside of school that prevented positive development... they truly had bigger fish to fry, so to speak, than anything school could throw at them.

We read like fiends everything we could get our hands on that would provide any insight into what we and our students were dealing with. In Reclaiming Lost Youth- Our Hope for the Future, (what would become our bible in the early days,) Dr. Martin Brokenleg, Larry Brendtro and Steven Van Bockern introduced the concept of reclaiming kids. The authors describe the reclaiming environment as "one that creates changes that meet the needs of the young person and the society. To reclaim is to recover and redeem, to restore to value something that has been devalued." Many refer to this sort of plan as a "win-win" situation, and undoubtedly it can be when focused in the right direction. The authors indicate that reclaiming environments feature:
We worked hard to construct teaching and learning environments that displayed these characteristics, and our efforts payed off in spades. Like so many things that seem too simple to be true, adhering to these four principles created focus on the right, restorative and logical elements of what our students needed from us, and the reclaiming culture we needed to facilitate. We realized over time that it's all about perspective... we needed to see what we believed. 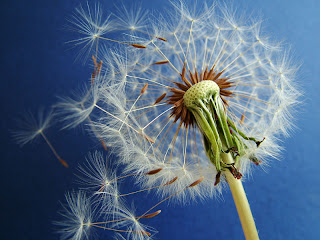 In more recent years I have had the opportunity and pleasure to share tales of my experiences with other teaching and learning professionals as a workshop facilitator and lecturer. During these presentations it is inevitable, (and I've done dozens of them,) that one of the audience members will state rather matter- of- factly to me that the kids in her school don't need to be reclaimed because they don't have the sort of severe problems that I describe as part of the session. Let's remember, it's all about perspective...

At this point I pull up my picture of a dandelion, and often share this poem...

Yes, a dandelion
because they are the flower
of wishes. You blow that ball
of seeds and the wind carries them to the one
assigned to grant or reject.
And it's a good thing
that it's the dandelions
who have this power
because they are tough
and sometimes you have to be tough
to even remember
that you have any desires left at all,
to believe that even one
could be satisfied, would not turn
to an example of
"be careful what you wish for,
it might come true."
Maybe that's exactly why
there are so many of them -
the universe gives us extra chances
to keep dreaming.
Each one an uprising,
a burst of color
in the cracks of our hearts,
sunrise
at an unexpected time,
in an unexpected place.

Now that I've been away for some time from the alternative teaching and learning environments that changed my life, I find that I can't identify anymore what an at-risk environment is. As a counselor, (and every teacher wears that hat whether they like it or not,) and a teacher in what we refer to as a mainstream educational environment, I have come to believe that if any child feels anxiety, fear, isolation or any other debilitating emotional state as a result of the environment they endure, they come from an at-risk environment- it doesn't matter if we think their feelings are justified... if it's real to them, it's real. In this sense, every child is potentially a KARE kid- a kid from an at-risk environment.

There's only one way to begin to associate with the often unknown environmental factors affecting the children we work with every day in school; learn their story. Not until then can we truly be present for the kids we serve- not as a teacher charged with teaching, but more importantly, not as a person who genuinely cares; a KARE Giver.
Posted by Sean at 12:50 AM