There are no borders in the mind of a child... 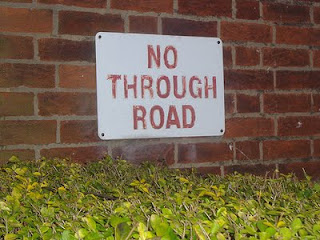 flickr photo via satguru
"What if" ... I love to say these words. Saying these words takes me back to the days of carefree childhood where everything was possible, limited only by the bounds of my creativity. These two words, and whatever they are followed with, make up every bit of future we create; good and bad. This is the most creativity inspiring phrase I know.

A child's mind is a world without borders where all is shared... kids are so mindful, so attuned to their limitless imagination... sharing their thoughts with each other seems an automatic response. Kids just blurt out whatever is on their mind when they play their 'make believe' games. Just watch a group of kids playing sometime so they don't notice you... every bit of good, and every bit of bad is ultimately shared with the group; it's brilliant. They all benefit from each other's wonderment, but also by sharing their pain, frustration, confusion or any other negative element of their thoughts. The bad stuff ultimately gets distributed to the point of dilution... each member of the group takes on a bit of the pain so nobody has to endure it all, and then, with their minds in overdrive, they begin to construct the next bit of fun.

Imagine this... what if there were no borders in the real world? Perceive a world where we all benefit from good, and where bad is diluted through shared distribution so nobody has to tackle it alone... a world without borders. Some may dismiss this as pie-in-the-sky ideology, but at the risk of altruism, just think about it for a bit.

I have thought about this so many times. We could share all the good, all the richness of each other's newly exposed wonders. At the same time we could dilute those debilitating elements of the real world like poverty, conflict, hunger etc, understanding that sharing the bad allows us to take collective responsibility for all of it... to spread it so thin that its effect is neutralized.... increase good, dilute bad.

If the adult citizens of the world could tap into their childhood mentality (something we seem so sadly to lose as we get older and begin to believe we can control things by creating limits and borders) the entire human race would benefit from a consciousness that produces a mindful distribution of all that is good, and a willful watering down of all that is bad. It seems to me that when we draw lines in our mind, we are immediately stifled; possibilities are lost. When we draw lines on a map, the same thing happens... we become geographically stifled, less willing to learn from others; to experience their culture and everything good within it, and less confronted by the ills that plague others until we become comfortably ignorant inside our own teflon-wrapped section of our world.

The world is growing and shrinking at the same time. Through technology advances and our growing ability to access every corner of the divided-up world, we are presented with glorious opportunities to harvest consciousness and be more attuned to each other's purpose, which ultimately reduces the perceived distance between us. The cyber-world is much more child-like than I think we even realize... open-source technology is very much like the open-source thinking of children- it's natural; it's an automatic response to the world's desire to know and share information, challenges and ideas... and it's limited only by the bounds of our imagination.

The only thing holding us back from an open-source world are the borders we've created to close it... arguably an act of human nature that has precipitated a lion's share of our world's conflict and pain since the beginning of time. Like so many other lessons we become blind to with age, if we could reacquire the unfettered and border-less nature of children's thought, perhaps the borders of our adult world would become more open, and far less damaging.
Posted by Sean at 12:26 PM