Go easy on people, and hard on improving ideas...

Iconoclast:
n
One who attacks and seeks to overthrow traditional or popular ideas or institutions. 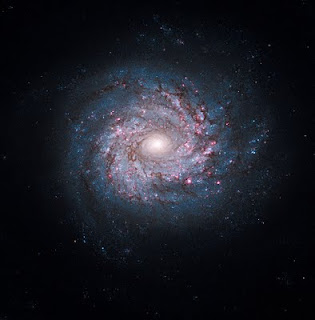 flickr photo via NASA Goddard Photo and Video
I think we perceive the value and purpose of debate all wrong. Our tendency to take a polarized view (aka disagreement) between two sides of a concept and argue opposite sides until one "wins" the debate is perhaps less effective in today's world than it has been in the simpler, more black and white world of the past (at least from our perspective... I'm sure the world to contemporaries in history was every bit as complex to them as ours is to us today.)

In virtually every element of our human lives, decisions need to be made... politics, business, education, family, relationships... humans have been blessed with the ability to think rationally, (or perhaps cursed depending on your perspective.) This being said, so much energy and emotional investment is dedicated to the decision itself, that the nuances of the idea or concept being argued often get lost in the shuffle. This is not good. We get hung up on 'winning' our precious debate, and ultimately deny our rational thinking abilities in favor of power and control over our opponent in the debate. Nothing good comes from this phenomena in relation to the advancement of the idea or concept we should be focusing less subjectively on.

Opinions are opinions and should be stated as such; we're all entitled to them. A wise person will never argue opinions. Conversely, facts are also facts, and when stated with support, can be argued very effectively. Not all facts are opinions, and not all opinions are facts, but some of both are the other... this is where it gets convoluted. It's the grey area between opinions and facts that breeds dissension in a debate resulting in an adversarial environment; one that seldom leads to a good decision.

This post may seem inherently ironic. Here I am suggesting that iconoclastic thinking is hazardous if we intend to move ideas forward diplomatically and thoughtfully because it assumes that traditional or popular ideas or institutions are all bad, and I'm positing rather iconoclastically that traditional polarized debate is all bad, and we should radically change the way we come to decisions. I'm actually not, though. What I propose is a model of debate and decision making that involves dissonance to be sure, but also a presupposition that it is the dissonance within the argument that must be resolved, not defeated.

Dissonance is a word that connotes the unresolved or inharmonious. What if both sides of a debate focused on the resolution of the dissonant concept not by attempting to strengthen their respective positions, but rather by choosing to make their effort strengthening the positions of their opponent? I'm talking about an integrative process whereby each side of the debate looks at the positions of the other side, and  ultimately chooses to discuss each stance that would be acceptable to their side; what they could live with... a process where the dissonant nature of the argument would start to move toward the middle as opposed to the outer reaches. Unlike a battle that one side must win, and one must lose, this model suggests that it is the concept or idea that's being discussed that must win the day, or perhaps be discarded for a better one.

These are some of the thoughts I had while reading Roger Martin. For more on what he calls integrative thinking, I suggest you pick up a copy of The Opposable Mind: How Successful Leaders Win Through Integrative Thinking