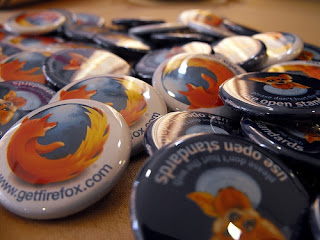 So we have a litany of open source software in cyberspace, when will the connected youth of today enjoy open source hardware as part of their education?

So where do the laptops, cell phones, e-readers, etc. go after a year or so when consumers have replaced them with the latest improved tool? Other than being recycled for parts, or in a drawer or closet to be forgotten, I'm not sure I know. What if the same huge software companies that work so hard to create better tech tools and applications understood that perhaps the largest potential market research sector they could be exposed to is short on hardware needed to use the software in question. Kids in schools are often wanting for relatively up-to-date hardware tools, and six months old would be more than current to them compared to the five and six year old computers they commonly are limited to as a result of budget constraints. If huge-scale software firms got into the recycling business, they could put their software in the hands of students who had something to use it on. Isn't that a win-win situation?

Let's take Google for example; if Google were to create a recycling protocol for those wishing to donate their old laptop, cell phone or whatever to them for reconditioning and installation of whatever Google software could be loaded onto them, and then donated these devices to schools under a partnership agreement that the schools would use their software exclusively with the expectation that feedback would be provided to improve it, I would be jumping over other teachers to sign up for that program... schools get their hardware and the software applications it enables, and Google would get real-time feedback from perhaps the largest cohort of connected technology users on the planet so they can continue to improve their products more efficiently and pragmatically.