Hybrid Thinking- Why We Shouldn't Care Where Good Ideas Come From 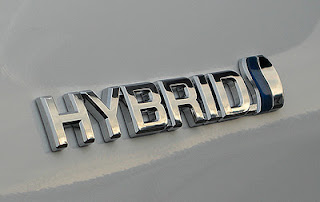 Our human tendency to debate opposing ideologies without apology until one is accepted by a majority resulting in a "winning" idea or concept is counter-intuitive to progress. On the contrary, the integrative mind understands that within the current change climate we find ourselves immersed in, our viability as a global society will depend on a synthesis of ideas that should not be considered dichotomous, but rather complementary to one another. In the context of supporting effective child development, this form of hybrid thinking will ensure that we don't miss the boat on any developing idea's potential.

By taking two or more perspectives on effective and positive child development and combining their best elements into a synthesized hybrid of all of them, a new paradigm is born, and those who brought each perspective to the process no longer operate independently and in defense of their point of view, but rather interdependently in support of each other and the best possible course of action. Don't our sons and daughters deserve our absolute best objective thinking relative to the care we provide them?

To that end I make two suggestions... read The Opposable Mind by Roger Martin,
and next time you find yourself in a heated debate defensively stating your
opinion, simply stop doing it and do something very different. Instead of
defending your position and fighting to win the battle, take a breath, think deeply
and objectively about the issue, and then take a serious critical perspective toward
the opposing argument, looking for any shred of a good idea or element that you
can live with, and that may even synergize with your position. You may even want
to suggest to your opponent that he/she does the same with your 'side' so both of
you can see the middle ground you were both previously blind to.

You'll be amazed at the results this strategy produces; trust me, I've tried it. You
can do this when involved in debate over any issue, but when it comes to doing
our best thinking relative to providing every possible outside-the-box opportunity
for our kids to learn and grow, we can't afford to do anything less.