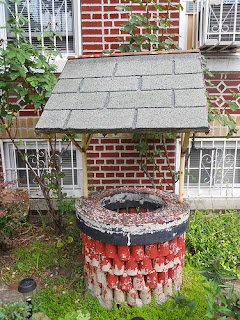 
I first heard about Geoffrey Canada by reading a book called "Hope: How Triumphant Leaders Create the Future," by Andrew Razeghi.

Since 1990 Canada has been president and CEO of the Harlem Children’s Zone in Harlem, New York, an organization whose goal is to increase high school and college graduation rates among students in Harlem. His story is a remarkable example of the can-do attitude I believe is required to reform education, not as an end to a means, but rather a perpetual process that should never cease to evolve. I've been following Canada's speaking session at the ASCD 10 Conference in real-time via my Twitter friends (how amazing it is that real-time tweeting allows me this privilege!) and just as they did when I read Razeghi's book, his comments are resonating with me.

I designed a recent post I wrote (Why Is It Always About the Funding?) to ask the question of why reforming education seems to always come down to economics. The goal of the post is to solicit ideas from educators detailing how they believe we can improve education for free. At ASCD, Canada made this statement, "When it comes down to saving kids, we get tripped up by things like money, but we should have a plan for that." Indeed we should. I'm not so naive to believe that the education system can operate for free, but I am also of the opinion that much of the more meaningful actions we can take to reform education would cost nothing at all.

Canada also stated at the conference that, and I paraphrase, "the American education system is the equivalent of reaction to Hurricane Katrina; people waiting for a plan. We are the plan." Right on Geoffrey! I admire Canada's pragmatic approach to education reform, and I believe teachers make up a massive segment of the "we" he's referring to. I also believe he would define this plan as one connoting action. In Andrew Razeghi's book about hope, he contextualizes it as an action word. Did he ever get it right when he chose Geoffrey Canada as an example of this paradigm? It's time for teachers to adopt the same perspective and stop waiting for someone else's plan. We are the plan, and I assert that the best ideas to take action on within our plan cost nothing at all.

I'm getting some early feedback on this idea. Adam Burk, (@pushingupward) appears to agree. He responded to my blog post by saying "a positive school culture is created by positive attitudes. And last time I checked those were available for free." Amen to that! I've also received some great comments pertaining to the replacement of traditional forms in schools (i.e. paper textbooks to free online texts & paperless 1 to 1 teaching) as technology integration cost-saving measures. The ideas are out there, we simply need to share them. Teachers know how to reform education, and I think they also know that the education reform plan we personify is really a process as opposed to a plan, and one that can never stop.

Learning should be an organic, concentric process, not a linear one. The world surrounds us; it's not a point to point path, however, our education system is set up as a 'from here to there' journey- not a great reflection of what I will call natural learning. Teachers need to reflect on this concept, question their acceptance of the status quo inherent in some of the less-effective forms of traditional teaching and learning and stop waiting for someone else to tell them what to do.

Teachers- think, create, tweet, evolve, share, apply, synthesize... join a developing movement that doesn't even accept that there is an end to the means of education reform.

It's high time we adjust our attitudes toward how we do what we do, and begin taking our rightful place as perpetual pedagogical innovators.